Once upon a time, my talented Mother wrote a book called "Raspberries and Vinegar".  No wait, that's a lie.  She wrote a book called "Domino's Game".  She thought about self publishing the novel and asked me about doing a cover.  I played around with a sketch as I read the book, and came up with this: 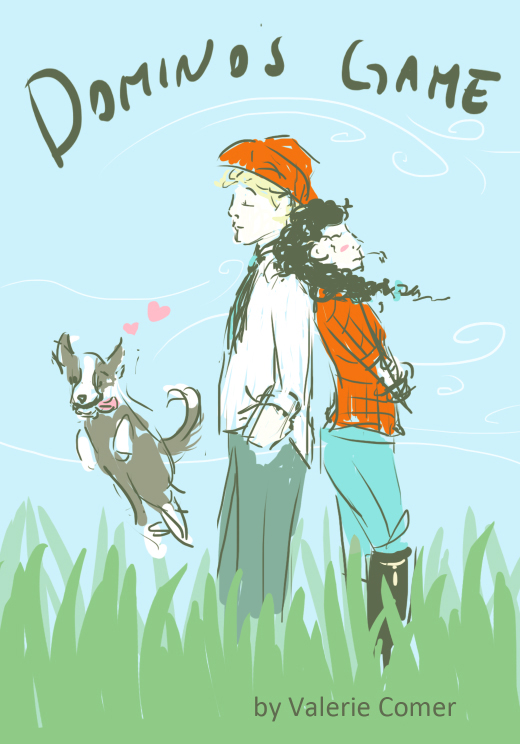 A short while later, Mom sold the book to Choose Now Publishing and told Nicole (the publisher) about her lovely illustrator daughter who had already come up with a cover idea.  I showed them both my sketch, and surprisingly they decided to trust me, even though it was clearly a hot mess at that point.

We changed the title to "Simply Smitten", Mom told me that Zach actually wanted to wear a newsboy cap, and I told her that really, he didn't have a mustache (see, I had already refused to draw it).  She changed it to a short beard.  And told me that Jo didn't have curly hair.  Oh, and changed the name to "Raspberries and Vinegar".  No more titles! 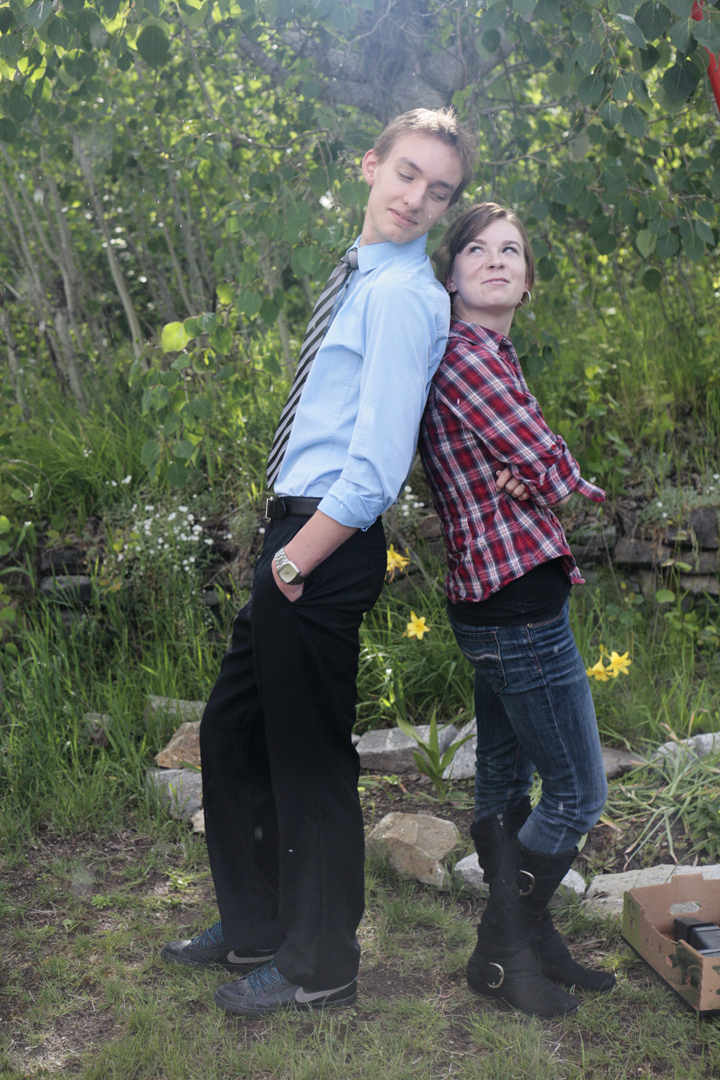 I asked a couple friends to model for me.  Aren't they adorable?   They got married later that week.  This is actually two shots combined with photoshop magic powers.

Now, I knew that Zach was supposed to be about ten years older than my friend Kyle, and that he needed a beard and a hat.  I wanted Jo to be wearing Hunter boots (I wish I had a pair, but for now I will just draw them).  Also, I needed a border collie puppy.  Time to hit up Google for some references. 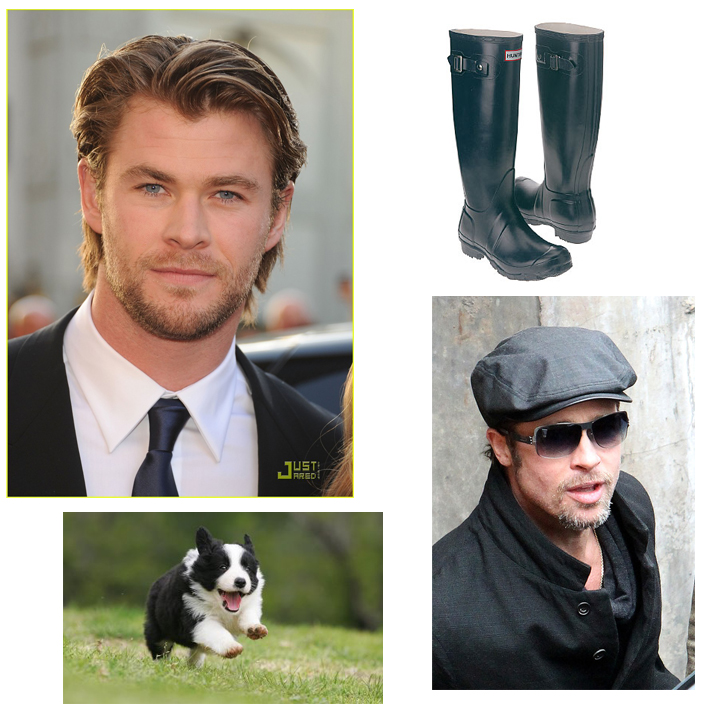 I swear, I just typed in "short beard" and "newsboy cap".  But Google choose to send me Chris Hemsworth and Brad Pitt.  Who am I to argue with Google? 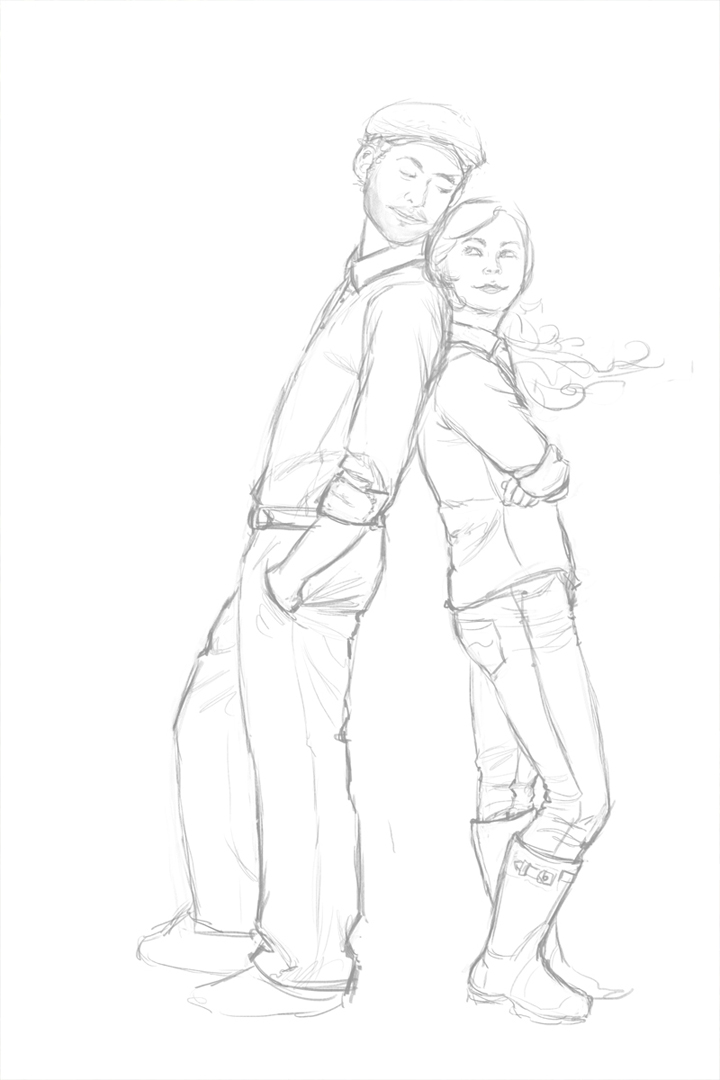 Armed with my references, I did up a sketch of the couple.  I used a grid to get the proportions down and then bulked Zach up to look older and changed the other character details. 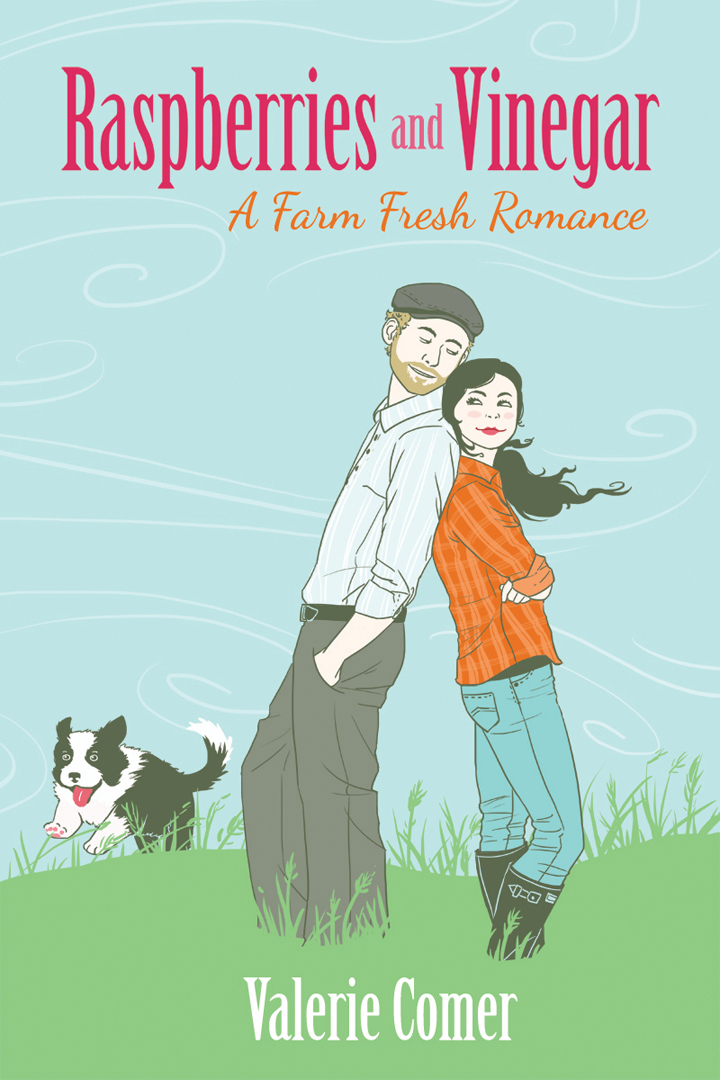 Coloured for a while, drew in a puppy, added some text and: Tadah!  Front cover.  I can't wait to see it on the book!
Posted by Hanna at 8:09 PM

Hi, I'm Hanna Sandvig. I'm a mommy by day and an illustrator by night. I live in the beautiful Kootenays in interior BC.